Representatives of the FAA have stated that the Powered Parachute is one of the safest forms of aviation because it is not like conventional aircraft that requires thrust to remain airborne. If the engine of a powered parachute was to quit in flight the pilot can land safely in 50-75 feet. The angle of attack on the wing is set so that a stall is virtually impossible in the standard configuration. Pilots are also encapsulated in a 4130 chromoly and 6061T6 airframe and strapped in using a 4 point seat belt. The maximum speed of the powered parachute is only 32-36 MPH in calm winds. 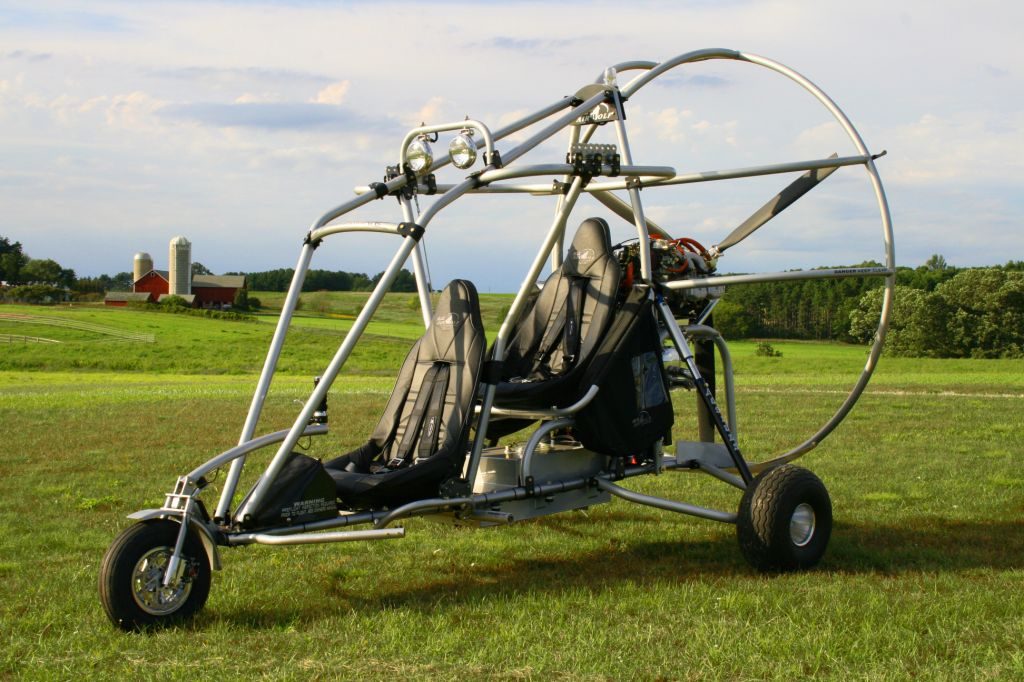